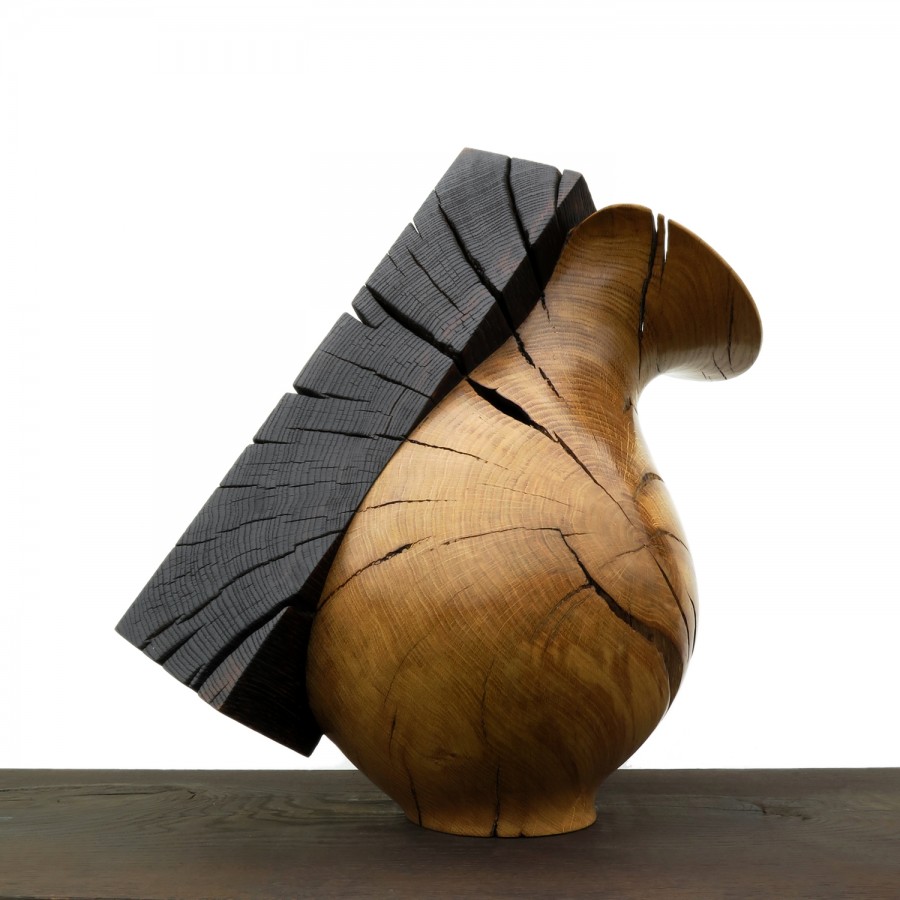 Sometimes a title is decided before any work begins.

Other times, while you are making, words and phrases jumble around in your head as you try to find a verbal 'hook' to best convey the narrative of a particular piece.

The idea for the piece above was for a vessel, loaded in some way with the weight of its original state. Titles that came to mind while making seemed burdened and heavy - as if the act of bearing weight was always negative or adverse.  I then remembered a simple word for a tool used to transport bricks and mortar in the building trade. Carrying in order to build felt constructive, more positive.

I looked it up and found that, in Hebrew, the same word referred to the eighth sephira of the Kabbalistic Tree of Life and represents the feet. While the hands are considered the main instrument of action, it is the feet that can bring a person to the place they wish to be.

It continued that, in the form of prayer, submission and acceptance of our burdens can often result in their conquer and that the obstacles and barriers we perceive, in time, may be the very things that lift and carry us forward.

Sometimes a title is decided before any work begins.

This site uses cookies to help things run smoothly. It also stores anonymised information on how you use it in order to improve your experience. These cookies are safe and secure and will never contain any sensitive information. Find out more about how we use cookies