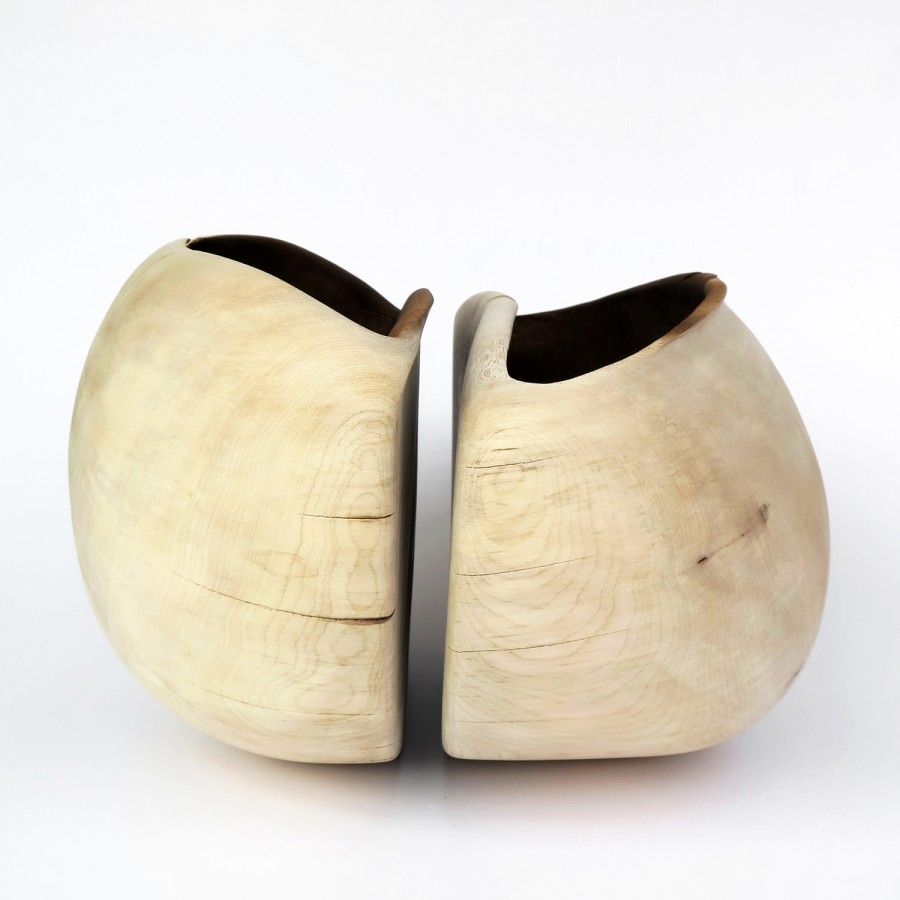 This piece began as a commission. The brief was simple; An interlocking form of which one half would be burned internally and the other, burned on the out. Each form was carved, I burned the interior of the first half but intuitively paused before burning the exterior of the second. My wish was to burn the inside of the second, just as I had the first. This though was a commission. It was not what I had agreed to do.

I am happy in my making, at times to go against my judgment. To do what I think I should not. I burned the outside of the second half and despite my best efforts to believe this had been the right choice, I knew it was not. I felt as if I had lost the piece.

It was a few days before I took action. I removed the burned surface from the second half to return it to the naturally blonde wood and when complete I burned the interior, just as I had intuitively wished to do several days before.

The work balanced and the commission was abandoned.

We can be tempted as makers to create what others may want. To act out and try to satisfy the thoughts and wishes of another. We can succumb to the conditions and demands of patron and trend.

This is not the artist's role. The artist has one obligation; to work with freedom.

When we make freely, we uplift and embolden the self and our work may speak to others of such things.

This site uses cookies to help things run smoothly. It also stores anonymised information on how you use it in order to improve your experience. These cookies are safe and secure and will never contain any sensitive information. Find out more about how we use cookies